I have come to what some might consider a radical decision! As you may know, I have so many blogs right now that it's sometimes hard to keep track of what's going on and where. So, I am bringing all my current blogs to a halt. I'm not deleting them. But, I am folding them as of today. In their place, I have set up a new blog titled Nick Redfern's Fortean World. Yeah, I know: it's hardly the most original or imaginative title, but it is accurate and to the point! So, from now on, while all my existing blogs will remain archived, here's the address for the new blog, Nick Redfern's Fortean World. As you'll see, the design and style has not been completed yet, and there's no content yet either. But, bear with me, and over the next few days you'll see it start to develop its life and character!
Posted by Nick Redfern at 11:14 AM No comments:

When Bigfoot Winks Out

Over at his Gralien Report site, the CFZ's North Carolina rep, Micah Hanks, has an excellent new post on the one angle - more than any other - that many Cryptozoologists don't want to have to deal with when it comes to Bigfoot - the "high-strangeness" cases, such as those where the giant hairy thing seemingly vanishes in the blink of an eye.

Fortunately, Micah does deal with them, and offers an intriguing theory to explain such events...
Posted by Nick Redfern at 10:24 AM No comments:

The CFZ: Novels and Forteana 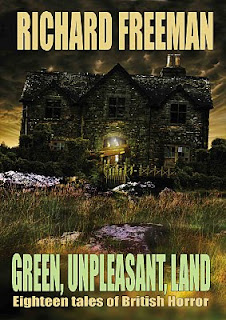 This is very good news: the Center for Fortean Zoology has set up yet another publishing company (alongside CFZ Press and Fortean Words). The new one is called Fortean Fiction and, as its name suggests, it's solely dedicate to publishing novels on matters of a Fortean nature.

You can find out all about Fortean Fiction at this link at the CFZ's blog, including a new title from the CFZ's Richard Freeman, and a title on the Loch Ness Monster. 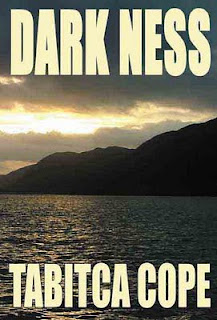 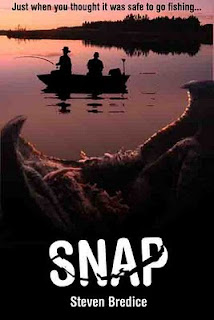 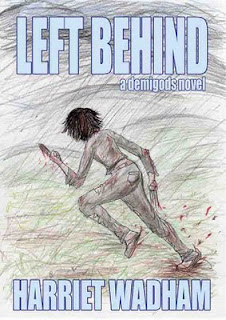 Posted by Nick Redfern at 7:36 AM No comments:

It's with sadness this evening that we learn of the death of the expert tracker Sahar Dimus.

I first met Sahar in 2003 on the first of my trips to Sumatra in search of the orang-pendek. He was to be our chief guide and had been personally recommended by Debbie Martyr. I was surprised upon meeting him at hoe unassuming he was. A smiling, be-spectacled little man he could have easily passed for an accountant if dressed in a suit. A great example of how looks can be deceptive Sahar was a master of bushcraft and the most impressive guide I ever had in the jungle. He could tell what animal had passed and how long ago simply by the slightest disturbance of leaves that no one else would have noticed. He was immensely strong and fit and could carry huge weights up the steepest and most treacherous hills like an ant carrying a leaf up an anthill.

Not only that, he was a tiger shaman. His people held the tiger as a sacred animal, according to their tribal tradition the man who founded their tribe lived to a huge age before walking into the jungle and becoming a tiger. Tiger shaman are supposed to be able to call down the tiger spirit in tribal ceremonies. They are said to be able to look through the eyes of the tiger, observing far off things in the jungle and to become possessed by its spirit. Debbie herself had witnessed this and seen the happy, inoffensive Sahar turn into a feral, snarling dervish unrecognizable as himself.

He proved not only to be a great guide in the jungle but a great friend too. He was patient with slow bumbling westerners who found the terrain hard and the food harder. He held us spellbound around camp fires with stories of the jungle and the experiences of both himself and his late farther. He was a mine of information on both Sumatran folklore and wildlife.

So good was Sahar that we used him as chief guide all of the CFZ expeditions to Sumatra. We often stayed in his house at the foot of Gunung-Tuju with his lovely wife Lucy and his sons. Over our many trips we watched them grow up. His eldest Raffles was training to become a guide and accompanied us on our last expedition.

Sahar had lived and worked in the jungle for 14 years and had come across orang-pendek tracks and heard its call but never saw the creature until 2009 when he and Dave Archer encountered the creature in the clod forests of Gunung-Tuju. After the sighting he wept for a quarter of an hour due to the fact that he had no camera to capture an image of the beast on. Plans were afoot in 2011 to plant permanent camera traps in Kerinci Sablat National Park and had to pay Sahar to check the pictures each month.

On our last trip he seemed a little tired and slower than usual. His leg was hurting him. We all thought that in was nothing but age catching up with him and the rough terrain. I came home from the Fortean Times Unconvention 2011 to the news Sahar had died on 11th of November. He had been taken ill and was unable to walk. He was taken to hospital were apparently he was finding it hard to recognize people. He died shortly afterwards of what appears to be liver failure.

To me Sahar was Sumatra. He was just as much a part of Kerinci National Park as the lake, the mountain and the jungle. Sumatra and Sahar Dimus are inextricably linked in my mind; they are one in the same. Now he has gone it feels like a piece of Sumatra has died. The island can and will never be the same. He leaves behind him four children and a wife.

Andrew Gable has alerted me to a strange tale from years long-gone - 1928 to be precise - of a weird "Devil-Bat"-type beast that seems to possess certain, distinct Jersey Devil-type overtones. Here's the link.
Posted by Nick Redfern at 1:48 PM No comments:

The Beast of Bowman Hill

This just in from CFZ-USA's Andrew Gable:

A few days ago, I received a message from Johnathan Lackey describing a sighting, which took place in Bucks County, Pennsylvania of something that seems similar to many of the descriptions of the Garden State's most famous monstrous resident, the Jersey Devil.

It's interesting that several reports of the Jersey Devil made during the week of January 16-23, 1909 were made in Bucks County in Bristol, Wycombe and Morrisville. In fact, Wycombe is only three miles from where this sighting occurred.

The actual sighting took place in 1977, when Lackey was a resident of Levittown. While driving south of Bowman's Tower (a landmark on the border of Upper Makefield and Solebury Townships) a creature leapt from the right side of the road. The creature was about the color of a deer and roughly the size of a medium-sized dog.

It had a body similar in build to a greyhound, a monkey-like face (which seemed to have a sheen to it), a long tail with a black tip, and rather long legs. It seemed to have a pair of owl-like wings, which were kept motionless as it moved across the road, leapt, and glided down the hillside opposite where it had emerged.

The area where this was seen has its own share of weirdness. Although the derivation of the Bowman name is unclear, one of the theories is a Dr. John Bowman, a crewman of the notorious Captain Kidd who was believed to have settled in eastern Pennsylvania and supposed in legend to have buried a treasure on the hill the tower is on (of course, the association of phantom dogs and buried treasure is a long one). There was also a copper mine of unknown provenance, although probably of German construction, found on the hill by accident in 1854.
Posted by Nick Redfern at 12:46 PM No comments:

Check out the latest post from the CFZ's Micah Hanks over at Mysterious Universe, where he tells the strange story of the monstrous Grease Devils...
Posted by Nick Redfern at 8:25 AM No comments:

WHAT IS CRYPTO SQUAD USA?

No, Crypto Squad USA is not a bunch of super-heroes - but they are pretty close!

Established in 1992 by Jonathan Downes, the Center for Fortean Zoology is the world's largest group dedicated to the study of unknown animals.

When I moved to the US to live in 2001, Jon asked me to take on the task of opening, running, and coordinating a US office of the CFZ - which I was pleased to do!

But, as CFZ-USA began to grow, it quickly became apparent that regional representatives were needed to cope with the huge amount of field-work and investigations that were required.

So, that's precisely what Crypto Squad USA is: namely, a dedicated band of people seeking out all-things strange and monstrous on behalf of the CFZ-USA Office, and making the data available to one and all.

And you'll get to learn all about those same people and their work right here. Enjoy!

Also: if you're interested in becoming a regional investigator for the US Office of the CFZ, let me know! We're always looking to get new people involved.

Nick Redfern
I am the author of many books, including "A Covert Agenda;" "The FBI Files;" "Cosmic Crashes;" "Strange Secrets (with Andy Roberts);" "Three Men Seeking Monsters;" "Body Snatchers in the Desert;" "On the Trail of the Saucer Spies;" "Celebrity Secrets;" "Man-Monkey;" "Memoirs of a Monster Hunter;" "There's Something in the Woods;" "Science Fiction Secrets;" "Contactees;" "Monsters of Texas" (with Ken Gerhard); "Final Events;" "The NASA Conspiracies;" "Space Girl Dead on Spaghetti Junction;" "The Real Men in Black" and "Keep Out!" Proudest achievement: knowing all the lyrics to every one of the songs recorded by The Macc Lads. Contact me at Facebook: http://www.facebook.com/#!/profile.php?id=553360287 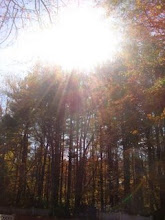